Minutes of last meeting: proposed by Marion Begg and seconded by Robert Cochrane.

Firstly, welcome to the community council AGM and thank you for taking the time to attend. As I saw at each AGM; the meeting follows a precise format laid down in the scheme for community councils and our constitution. The agenda follows that format.

Due to COVID, there was no AGM last year. Since our last AGM – 24th October 2019 – some changes have taken place within the village:

We would like to thank Alex Tomney for his time on the community council. His dedication and time have been appreciated by the community as a whole.

We would like to send or condolences to the family and friends of Jim McCready. He was a respected member of the community council and will be missed.

I hope most of you had the special newsletter delivered to your homes. We can discuss any concerns later when we open the floor to questions and concerns.

Appointment of members of committee as follows:

Finance : Accounts have been audited by Jim Hamilton.

Derek notes that the general funds will obviously go down to normal levels once the £3,000 grant is used to pay for the restoration of Paydmyre Lane.

PC Scott Coonay was in attendance. He is one of the community police officers for Castlemilk and Carmunnock.

From the 1st of June to the 3rd of September there was 36 calls made to the police from Carmunnock. These calls are from people reporting a crime and not directly linked to crimes being committed in Carmunnock. Breakdown of cause of calls are as follows:

From September to November there has been 8 calls. These breakdown into vehicle related crime and assisting a member of the public calls.

PC Coonay noted that in the same period Castlemilk make 400 calls to the police. He wanted to highlight the low crime levels faced by Carmunnock. He also wanted to stress the importance of looking out for our neighbours.

PC Coonay then asked if any attendees had any questions of concerns, and two matters were raised:

PC Cooney was thanked for his support to the Community Council 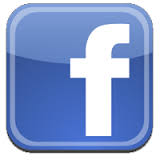