Police Report: No reported crime. PC MacIntyre and PC Coyle were in attendance. A recent email regarding
information provided to Community Councils was discussed. In future, verbal updates would be provided.
Specific information that could identify victims of crime would not be given.
.
Minutes of last meeting: proposed by Alex and seconded by Roy
Members of the Public. Mr David Mathewson attended and raised three points. Firstly a member of the
Community had cleared and cleaned the area at the traffic calming in Busby Road. There had been a
problem with the water supply which had turned brown. Finally, water continued to cascade from the field
down Busby Road making the pavement unusable and also flooding the road. We think the water issue may
be due connecting utilities to the Stuart Milne development. The problem with the field may be due to
insufficient field drains or run off from Picketlawfarm development, but the City Council has failed to act
when informed previously. Councillor Morgan was asked to look into the last two issues

Finance
Derek was on holiday. We are not aware of any spend last month’s figures are as follows
General Funds £709.56.
Legal Expenses Fund £2539.00.
We expect to receive cheques from Linn area and the Windpark trust, as we were successful in our bids

Planning and Licensing.
We had been notified of the application for a license for the Highland Games.
There had been four applications for minor work.
Robert had yet to receive any feedback from the Council on the Carnbooth development, despite requesting
this.
Bedrock were resurrecting their application for a building waste recycling facilty. We understand they
intended a presentation in the village.

Roads and Lighting
The light remained out in Bankhead Road, Broken drain in Bankhead had also been reported
Mr Murray was thanked for clearing and cleaning the area around Busby Road traffic calming. The Council
demurred to do this.
The City Council had been asked to inspect a tree whose canopy overshadowed Busby Road. They
responded that they would intervene if trees/foliage impeded pedestrians and/or vehicles and would
monitor the situation.
Roy reported that the diversion signage associated with Cathkin Road closure was very confusing. Councillor
Morgan was asked to feed this back to the City Council.
John noted that he had reported the very poor standard of remedial work carried out while resurfacing Kirk
Road. Not only were the road surface very uneven, the top surface was actually breaking up only a matter of
weeks after the work was completed.
Councillor Morgan reported that the Council had refurbished some road markings that we had reported.

Transport
Jim had a response from First bus re cancelled services. They cited mechanical difficulties. They had no plans
to provide new buses on the 31 service. However, they will probably replace the older buses with those
freed up by the new ones on other services.

Linn Area Committee
We await a proposal from the City Council re the new play equipment and safe surface. The Autumn club
and Trust Housing had been successful in getting awards for their outings.

PublicMeeting
John had circulated an email proposing 23rd May for the Public Meeting. POSTMEETING NOTE This date is
now changed to Tuesday 21stMay 2019. It was agreed that given the public meeting we would not meet on
the first Monday in May

AOB
The cut off for submissions to the newsletter is Friday 5th April
It was agreed that the litter pick this year should be cancelled. We are having difficulty in identifying a
contact in the City Council to get Carmunnock Road closed.
.
Next meeting Public meeting
21st May at 7.30pm 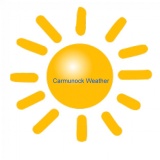